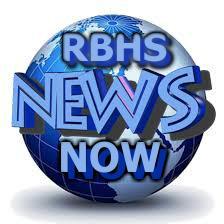 The Board of Education and the Riverside Brookfield Education Association (RBEA) are pleased to announce that at the Committee of the Whole and Special meeting on April 23, 2019, the Board approved a new threeyear collective bargaining agreement (CBA) with the RBEA following ratification by the RBEA membership on April 22. The new CBA is the product of numerous meetings between the Board’s and RBEA’s negotiating teams. The collaborative process began in January and culminated recently. Both sides desired to have a new CBA in place for the start of the next school year and agreed to use a hybrid model of Interest Based Bargaining. The process was led by a Federal Mediation and Conciliation Service mediator. This model improved communication and focused the groups to collaboratively address issues within the CBA while avoiding the cumbersome process of exchanging multiple offers that comes with traditional bargaining. General conversations between the Board and the RBEA started in the fall in an effort to improve communications. The parties believe they have negotiated a fair and equitable CBA.
The Significant Highlights of the new CBA:
Board President Garry Gryczan and RBEA President Doug Schultz commended all of the participants in the negotiations process for their dedication and collaborative efforts in finalizing this CBA. The CBA maintains the stature of our highly accomplished and respected teachers and support staff and supports the Board’s long-range financial goals.
View the full official press release below.