Join French Club for the ridiculously good tradition of la "Galette des Rois". You can try your chef skills and enter your own galette into the French Club Galette competition. French Club members who are expert "gouteurs" will elect the winner! If you make a galette, make sure to put a feve inside, if you don't make a galette, make sure to bring your appetite!!
Attached: all the information to sign up and the recipes
Meeting at 2:30 in 204 @ RB
French club meeting of Oct 21 sign up form: https://forms.gle/bk3TXXx8GTQcE3go9

Meeting Times: French Club meets once a month for 45 minutes to 1 hour on Tuesdays or Wednesdays alternating before or after school in Room 204. 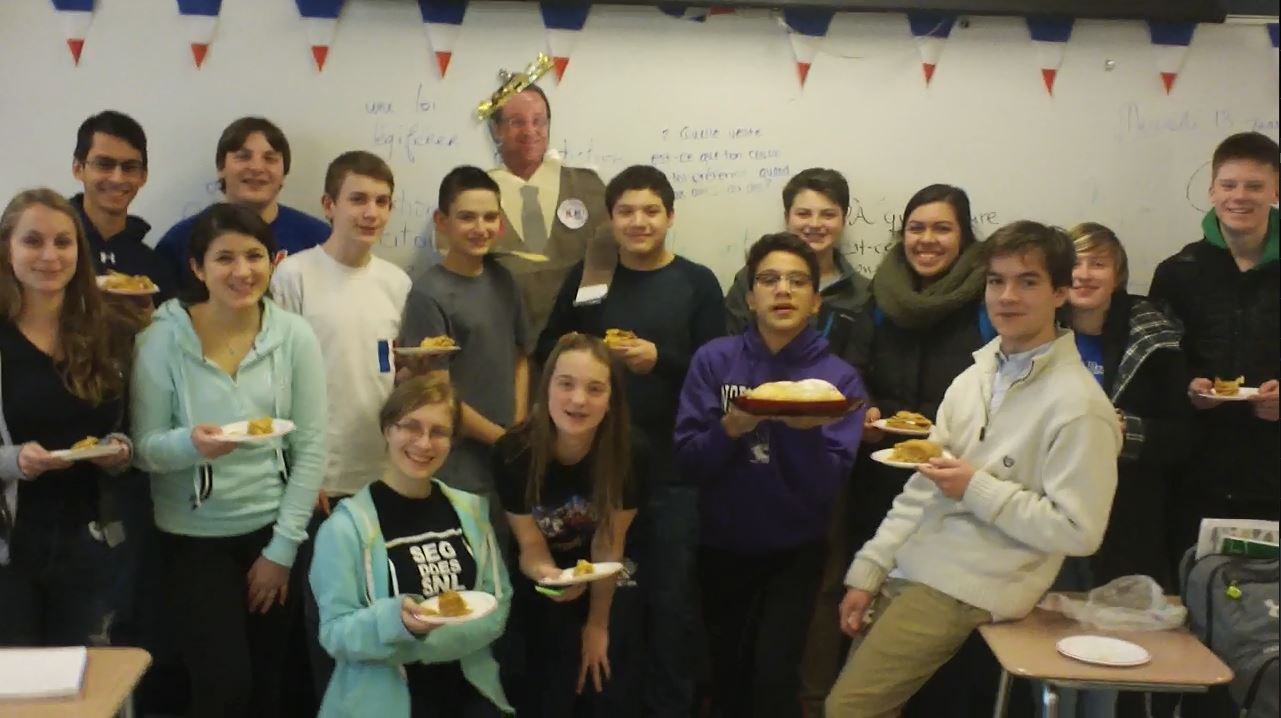 In November 2015, the French Club celebrated the 1st celebration of French week with various activities. All French classes researched and created thematic projects and many students presented them during the French exhibit proposed by the Club after school. As French students were acting as docents for the exhibit, Club members participated into a French Food Contest (student from Hauser as well as Komarek also participated). The many guests voted for their favorite recipe and prizes donated by families were awarded to the winners. Here are some pictures that were taken of the event.