RBHS Announces the Name of the Athletic Complex 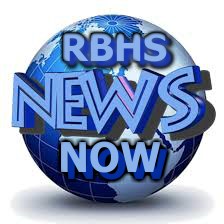 The District 208 Board of Education has reached an agreement with Mr. Jerry Kennelly for the naming rights of the outdoor athletic complex. The athletic complex will be named “Kennelly Athletic Complex” after Martin H. Kennelly.
Martin H. Kennelly was a civic leader of the greater Chicagoland area. Kennelly served as the 47th Mayor of Chicago from 1947 to 1955. He was born on August 11, 1887, and was a Captain in the U.S. Army during World War I. He returned to become a successful businessman who was the founder and first president of Allied Van Lines. Upon retirement, he devoted his life to public service and civic affairs. He served as president of the Chicago Chapter of the American Red Cross. He also was president of the Lincoln Park Association where “Kennelly Square” was dedicated in his honor. He ran for mayor of Chicago on a reform platform and was elected for two terms. Mayor Kennelly was a frequent visitor to Riverside, Illinois, for Sunday dinners with members of the Kennelly family who resided in Riverside.
“The Board is delighted to have the complex named in honor of a distinguished civil servant. We commend members of the Kennelly family for contacting us and making a generous offer to the School District,” said Board President Matt Sinde.
This agreement does not limit or forbid the District from soliciting other donors or advertising sponsorships throughout the athletic complex (e.g., field, scoreboard, locker room).
Published March 25, 2015